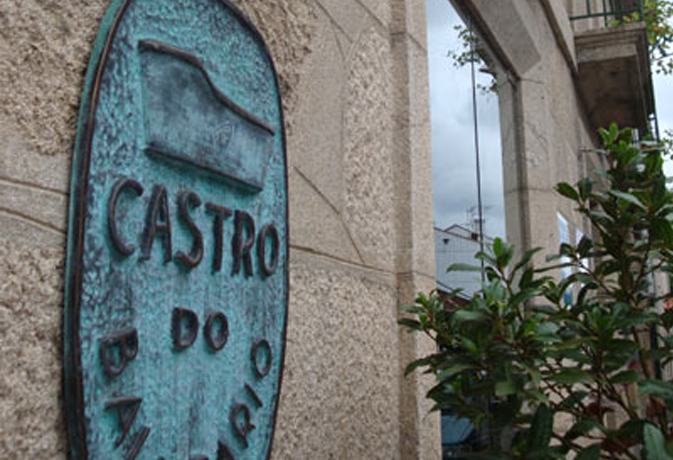 The use of the thermal springs of Cuntis goes back to Roman times. The fact that the Romans knew the power of the waters of Cuntis seems proven by the fact of having found numerous coins with the images of the emperors Nero and Caesar Augustus in the bed of the fountains.

In 1765, D. Pedro Gómez de Bedoya, describes in his “Universal History of the Mineral Sources of Spain” the Caldas de Cuntis, which he claims to have personally visited. It says of them that:

“… the inhabitants of this Villa do not give any news, that this water had formerly any use, although I think it would not stop being frequented by its many virtues, and because the Bath denotes not being a modern factory; no less know, that tests have been made, or Analysis of it, and only I, having put in it a silver coin, I observed, that it turned it into copper, a little darker … ”

The bathroom that Bedoya refers to is the origin of the current Hotel Balneario de la Virgen. Then add

“… There were many cures that this Bañero informed me about, and the most distinguished suggestions of the Villa, and those that I saw at the time, that I was there; but I will just point out the most important ones. Joseph Roma, Herrero, and neighbor of S. Pedro de Lantaño, distant a league from Caldas de Cuntis, arrived at the Bath in the year 1760, prevented from all extremes by an ancient painful Rheumatism, and for which he had practiced quantas diligencias and medicine could acquire, until getting to rush the knowledge of the doctors: take eight days and fully recover their health … ”

In 1832 the then Medical Director Mr. Manuel Jacobo Fernández Mariño refers to the use of a jet bath and another stove in the house of Baños de Santa María (baths of the Virgin).

D. Pedro M. Rubio, in 1853 states that the average number of patients who come to drink these waters is close to 1,000. Isidoro Ortega made, in 1865 a memory of the baths of Cuntis, referring to the house of Baths of Mr. Castro, “… covered with tiles of Valencia, besides a room of relaxation and distractions with newspapers and legal games …”.

Currently, this establishment is known as Balneario del Castro. In 1881 an important work was carried out in the Balneario de La Virgen, incorporating individual marble bathtubs (some still in use today), collective piles, jets and hydrotherapy devices. In 1908 the facilities are extended with a building annexed to the primitive. The current dining room and lounge of the Hotel belong to this building. In the years 1944 and 1969 successive extensions of the Hotel are realized, until arriving at a dimension of 180 seats.

In 1998, a new building, entirely dedicated to balneotherapy, was built on the land occupied by the bathhouse known as Barreiro, with the old one (to which it is linked by a tunnel) destined only for a hotel.

A recreational – thermal space that combines the therapeutical benefits of the Cuntis waters with a real present for your senses. You can enjoy with the family or friends of swimming, healing of muscular tension with jets and swan-neck hydro massage, relaxing lying in a massage bed or eliminating toxins in the many saunas, apart from getting fit in its complete gym.

The water used in our facilities is 100% minero-medicinal.

Do you need more info?

If you have any questions or need more information about our facilities or treatments, contact us. We will solve them quickly.